Fox’s Veterinary Clinic was established in 1984 by Jimmy Fox. In 1995, he relocated the clinic from Clancy Road to our current location in Drogheda Mall, Finglas Village. Today, our practice is run by Hele and MJ, together with their caring, professional team of vets, nurses and reception staff. We strive to provide the highest quality of veterinary care to your pet so that they can live a longer, healthier and happier life.

Meet Our Team Of Veterinary Surgeons 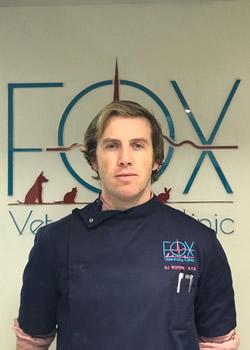 Jimmy first set up a veterinary practice in Finglas in 1984 operating from a clinic on Clancy Road. In 1995 he relocated his practice to Drogheda Mall, in Finglas village. He spent 35 years of his life caring for animals (and people) in the Finglas and North County Dublin region.

Jimmy’s life was one of care for the animals he so respected and treated with dignity. He was one of the first veterinary practices in Ireland to introduce the principles of integrative care, by combining the use of homeopathic medicine.

His kindness, integrity and good humour was always present and touched so many lives in the Finglas area.

One of nature’s true gentlemen!